History of the brewery U Fleků

The first written document dates back to 1499 when the house was bought by maltster Vít Skřemenec. The brewery U Fleků is one of few breweries in Central Europe which has been brewing continuously for over 500 years. The brewery was nationalised with the onset of the communist rule. The original owners, the Brtník family, regained the brewery and restaurant in 1991, after the fall of the regime. 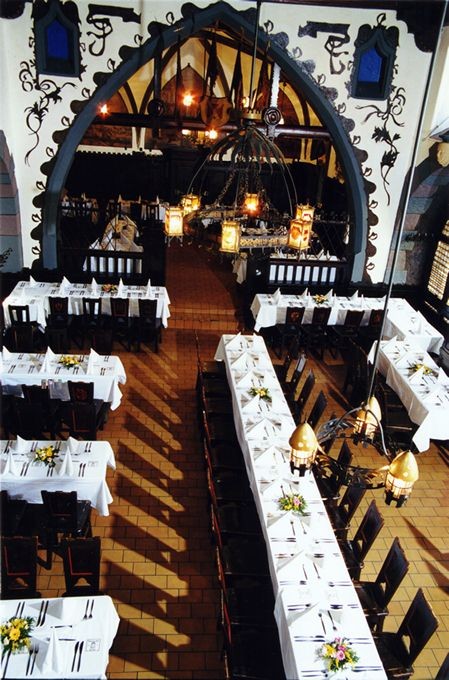 The atmosphere of the historic house is further highlighted by a stylish decoration and furniture of all restaurant halls – the fabled, peculiar „Academy“, where celebrities of the 19th and early 20th century used to meet, the hall called „Václavka“ with stained glass windows, or the Knights‘ Hall, rebuilt and equipped in a romantic style.

The brewery restaurant offers our guests over 1200 seats in eight halls and in a garden.

U Fleků is not only the most famous Czech restaurant, but also a pilgrimage site for all beer lovers, both Czech and foreign. For others, we are an internationally renowned tourist locality worth visiting due to its historic value. The restaurant is also a place for culinary experiences. The staff of our modern kitchen and the offer of Old-Bohemian dishes will satisfy wishes of all gourmets.

The brewery and restaurant U Fleků is the best place for organizing celebrations, banquets, cocktails, company events, meetings or New Year’s Eve parties. We can further offer a cultural programme in our „Cabaret“ hall, including bot entertainment and gastronomy.

Current conditions for entering the restaurant valid from December 26th